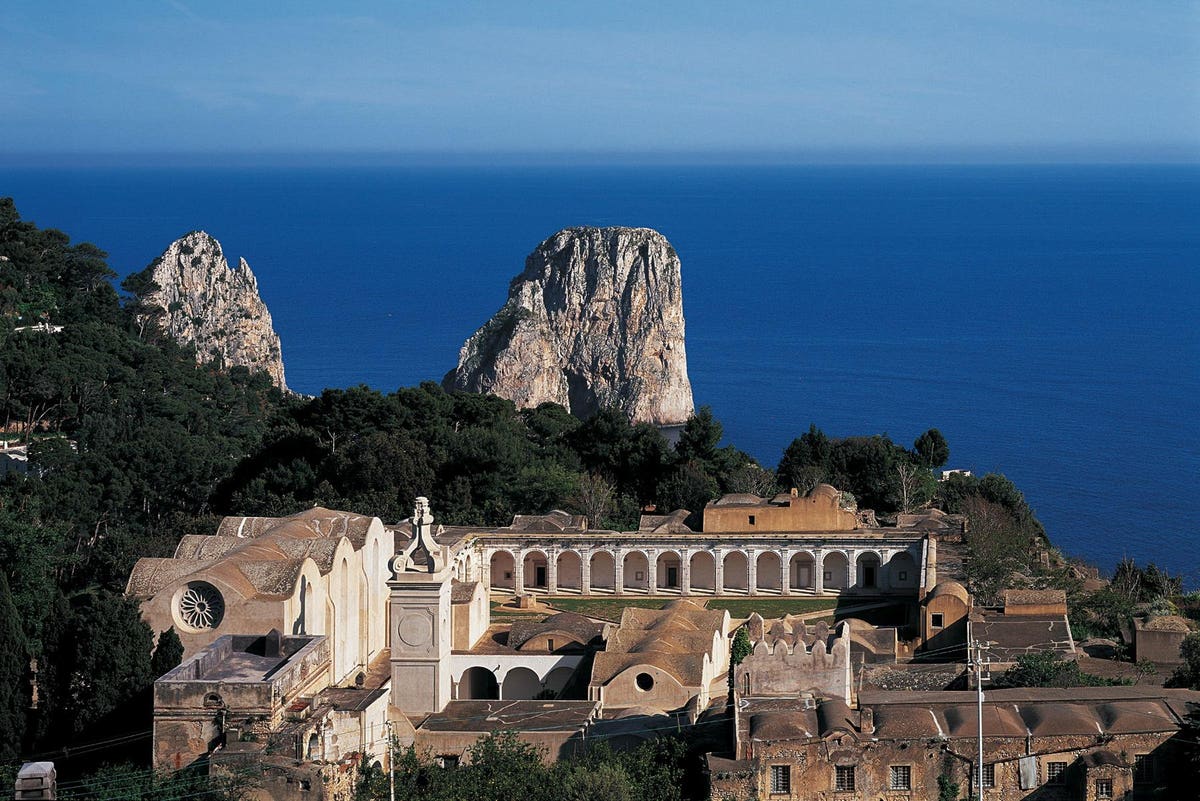 No other name in the international art and design fair calendar stands out as much as NOMAD Circle. In the years since contemporary art insiders Nicolas Bellavance-Lecompte and Giorgio Pace conceived the idea of ​​a traveling art fair in 2016, NOMAD has earned an elated reputation for recruiting a sizzling list of galleries esteemed for its intimate and unconventional (and lately, biennial) gatherings. Beyond the high-caliber curatorial feats – the summer 2022 event marks the 10th edition of NOMAD – the seamless interweaving of wanderlust throughout its programming that continues to keep the art world on his toes.

On each NOMAD invitation, the story begins with “where”. In previous years, the cruise show has been held in venues as lavish as the Villa La Vigie in Monaco (formerly owned by Karl Lagerfeld), as spectacular as the Gothic palace Soranzo Van Axel in Venice, and as important historically as Chesa Planta, a patrician’s house turned museum in NOMAD’s winter base, St. Moritz. NOMAD’s unique 2020 virtual pivot, which aired from the Palais de Bulles near Cannes, is another testament to its adaptability. (And a broader reflection on the evolution of art, perhaps?) “Our mission is to revisit the classic format of traditional fairs, offering an experience that truly merges design, art and architecture,” says Bellavance- The account. “With the advancement of the arts in mind, we invite our guests to participate in a surprising, rich and inspiring showcase. Each edition is one of a kind, housed in a historic location within an important architectural setting.

For its 10th edition, NOMAD heads to Capri, exhibiting July 6-10 inside an unsuspecting attraction on the chic island: La Certosa di San Giacomo. The sprawling 14th-century Carthusian monastery (despite its location a stone’s throw from the island’s bustling Piazzetta) remains absent from the tourist circuit. As a result, a monastic tranquility continues to permeate the sprawling complex. Surrounded by nature, La Certosa also has some of the greatest observation points on the island. From its park, breathtaking panoramas open up in the distance: of the pine-capped coastal cliffs of Capri and the Cerulean Bay of Naples, including the postcard-perfect Faraglioni rock formations that loom from the sea.

“La Certosa is a quiet monumental and historic place, but very few have actually visited it,” says co-founder Giorgio Pace. “For us, it was immediately clear that this would be the perfect setting to host the incredible works of art and design projects from all over the world. We look forward to witnessing the dialogue between the unique stone architecture and the exhibits. It will truly have a 5D effect: art, architecture, design, nature and people, all rolled into one. With a host of art and design collectors passing through Capri at the start of July, including many existing Circle members, NOMAD had always considered holding a fair on the island. Finally, the time has come. More than a dozen galleries will take part in this momentous occasion, alongside a set of one-of-a-kind special projects that will “stand out and highlight NOMAD’s affinity for the unconventional”.

“We cannot believe how quickly NOMAD has grown over the last 10 editions, from Monaco to Cannes and Venice, and of course our flagship St. Moritz. And now Capri! reflects Bellavance-Lecompte. “We love how each edition of NOMAD hosts such an exciting and unique selection of galleries and special projects, attracting museums and foundations, art advisors and collectors. NOMAD brings an exclusive type of luxury, one that derives of connecting passionate collectors and art lovers with beautiful spaces and engaging works of art and design.

Here are some of the exhibitors and projects to look forward to.

UNNO Gallery Exhibition Volume. The Earth and the Creator features works by acclaimed Mexico City-based architecture firm Habitación 116 alongside pieces by Mexican industrial and interior designer CS Nunez, commenting on “the many crossings and intersections that have long made design a truly global discourse.”

Neapolitan studio Alfonso Artiaco arrives in Capri across the bay to spark a conversation about the intersection of art and design (“two different territories linked in a relationship of constant contamination”) between artists Maria Thereza Alves and Diego Cibelli.

Carwan Gallery, based in Athens, will present Neoneoneo-Classic, an exploration of the revival of classical ideals. Eight designers, including India Mahdavi, Anton Alvarez and Roberto Sironi, will share their “unique approach to materiality and alternative readings of historicity”.

Attendees can also look forward to a dizzying array of special projects at the 10th edition of NOMAD, including calligraphic styles by José Parlá and ceramic sculptures by Burçak Bingöl for ISTANBUL’74 (some time); Italian fashion designer Christian Pellizzari Genetic variations, an imaginative piece made up of 400 mouth-blown glass “bowls”; Lauren Adriana’s Ethereal Gems of abstraction; and four works by iconic neo-expressionist artist Julian Schnabel Paintings of Capri series.