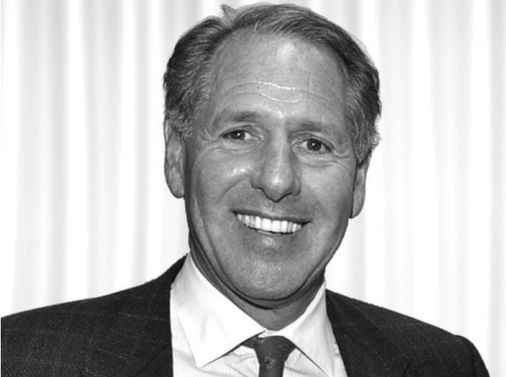 “We had a huge argument over the direction of my life,” Mr. Lewis wrote in “Driving With No Brakes,” a 2010 memoir. lack orientation. Was I going to be a lifeguard for the rest of my life?

Heeding unsolicited fatherly advice, he took a job in his father’s small travel business and soon launched his own business, the first steps to becoming one of the most successful travel industry entrepreneurs in Boston.

A look at the news and events that shape the day, delivered a few times a week with a side of humor and a dash of attitude.

Mr. Lewis, who was chairman of international travel conglomerate Grand Circle Corp. and chairman of Kensington Investment Co., died Wednesday of an apparent cardiac event at his home in Kensington, NH. He was 74 and split his time between Boston and Kensington, a small town his maternal ancestors helped settle in the 1600s.

Along with his wife, Harriet, Mr. Lewis was among Greater Boston’s most prolific and diverse philanthropists. The couple and their foundations have given more than $250 million to more than 500 projects in 50 countries, according to the Lewis family.

Over the years, donations from the Lewis family have also helped fund organizations and programs such as the West End House Boys & Girls Club and the Boston Foundation’s StreetSafe Boston initiative to reduce youth violence. The couple created a community advisory group to work with organizations such as Artists for Humanity and Freedom House, according to the Boston Foundation.

Nationally and internationally, their philanthropic contributions have helped programs at Bears Ears National Monument in Utah, a bee project led by the indigenous Maijuna people in the Peruvian Amazon, and village solar power initiatives in India and in Tanzania.

While building his first travel business, selling it, buying it and starting another travel agency, and then launching a philanthropic life that didn’t fit established patterns, Mr. Lewis developed a philosophy he was eager to to share.

“Break the rules,” he said in an interview at the University of New Hampshire a few years ago, posted on YouTube.

“Keep breaking them. Keep making mistakes,” he said, adding that “this world wants you in a box. The world pushes you into a little box. Break the rules.”

Born in Boston on July 17, 1948, Alan Elliot Lewis was the son of Elizabeth Sawyer Lewis and Edward Lewis.

“My parents divorced when I was a young child, and I only saw my father occasionally,” Mr Lewis wrote, “but each encounter left an indelible mark.”

As well as running United Travel Service, a travel company that got Alan into the industry, Edward was a convicted bookmaker.

Mr Lewis credited his father with teaching him to always help the underdog. And Mr Lewis said his childhood – with his repeated address changes – inadvertently paved the way for his career in the adventure travel industry.

“Every new place I argued with because I was a new kid in the neighborhood, and that helped prepare me for my life,” he said of his youth in the interview with the UNH. “It was great for me because I was getting used to change. I got used to adapting to new places.

Childhood also brought him to the place he considered his spiritual home. When he was 5, his mother began putting him on a bus in Boston to send him to visit his maternal grandmother, Ruth Sawyer, in Kensington.

In the late 1970s, Mr Lewis and his wife bought land in Kensington from his great-uncle. They have expanded their properties to 600 acres, which now houses what is called Alnoba, a retreat, leadership and wellness center.

“He always called it a sacred spiritual place,” said Martha Prybylo, executive vice president for social mission at Alnoba. “He roamed this property at all times of the day and felt a special responsibility to care for the land of his ancestors.”

While at Newton South High School, Mr Lewis met Harriet Rothblatt. They dated briefly and became a couple in their twenties.

“I was raised in a traditional New England family with my eyes on college,” she wrote in “Driving With No Brakes,” which they co-wrote. “Alan was a street savvy kid with big dreams and a colorful past. You can see the attraction.

They married in 1972, the year before he co-founded Trans National Travel, and celebrated their 50th anniversary last month.

In the mid-1980s, they sold their stake in their travel company, known as TNT, in order to travel more themselves and spend more time with their two children.

Then Mr. Lewis learned that Grand Circle Travel was for sale. The company was losing $2 million a year when they bought it in 1985. The couple grew it into a business with over $600 million in annual revenue and 35 offices around the world.

They founded Grand Circle Corp., which also includes two other travel businesses they acquired, and Kensington Investment to manage the family’s real estate and investments, as well as their philanthropy.

Harriet chairs the Lewis Family Foundation. Their daughter, Charlotte of Marblehead, is the COO of Kensington. Their son, Edward of Park City, Utah, is the general manager of Kensington.

As well as three grandchildren, Mr Lewis is also survived by a brother, Hank, with whom he had high-profile business disagreements that turned into court cases. Additionally, Mr. Lewis is survived by two half-siblings, Steven Rittenberg and Susan Lewis.

Interment will be private and the family will sit shiva Monday to Friday from 4pm at Alnoba in Kensington.

“He’s been so long to be in our lives, either physically or through phone calls or letters or email,” Charlotte said of her dad.

“He really was such a loving man,” she said. “He was the biggest mentor, the biggest coach, the biggest supporter: ‘I’m always in your corner and I always have your back.’ “

Mr Lewis, she added, “had a serious code, and that was to tell the truth and follow your dreams”, even when that meant going through tough times.

“The last thing he said to me was, ‘Be comfortable being uncomfortable,’ and that’s how I want to live my life,” Charlotte said.

Although Mr Lewis “was a serious man, he also liked to have fun”, she said, and in the end he insisted that others do too.

Before Mr Lewis died, he had planned to accompany his son to a beach to surf, ‘but he felt tired and decided to lie down,’ Charlotte said. “Her last words to Edward were, ‘Go and have fun.’ “

Bryan Marquard can be reached at [email protected]