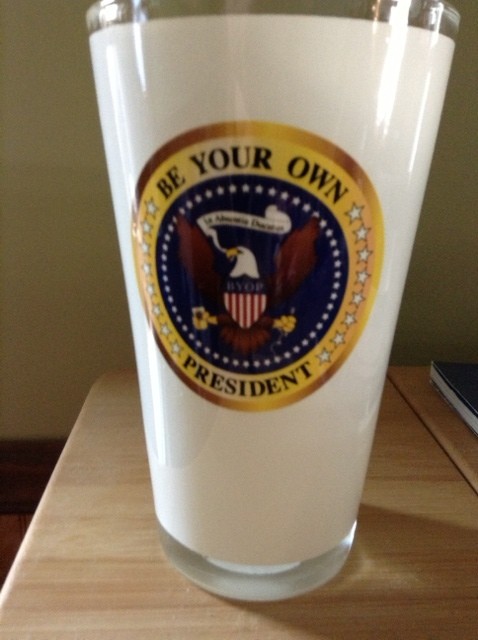 Instead, budget outlays were targeted for (admittedly needed) repairs and upgrades to the Executive McMansion — specifically, a climate-resistant attic window and an energy-efficient refrigerator. On a more positive note, the budget debate had enough bipartisan votes to grant funding for more cookies and candy to Vice President (Very Paw-pular) Goddard, because he’s a good boy (isn’t he a good boy? Yes it is!)

Unfortunately, this still leaves me knee-deep in weeds out front, with weed removal and plant relocation being my only recourse for the Front. However, Hubby AtA is considering a separate yard improvement project that would replace the tattered pergola covering the back patio, but this is currently stalled in committee. I might still be able to earmark this (or a future Backyard budget bill) an Arts & Crafts grant, providing support to underfunded artists and sculptors, adding interesting garden decor to the Front. (I expect some pushback on the idea, but I can counter with a proposal for daily soup dinners – which would cut food expenses for the McMansion, despite Hubby’s ardent aversion to soup. Everything is political here, I tell you!)

On a vexing note, there were several small outbreaks of insurrection by the Cardamine Hirsuta Boyz (cut grass – remnants of the former gardener in the backyard), armed with military-grade projectile seeds and blasting devices. trigger. I consulted the DOJ, but everyone said there was no basis for legal action against the plants, leaving me no choice but to go to DHS to get some assistance. However, their only suggested solution would be to use this type:

I hate to leave HIM coward, I decided I would just dig deeper to get to the root of the problem in the front yard – the uncontrolled growth of plant sedition invading and obscuring the vision and promise of the front yard. Thus began the JJuly 6 clippings.

Well, not really… which is why the Front Yard is in the state it is in now. The very idea of ​​weeding tickles me; why don’t the pretty flowers dominate the garden, but the weeds do? Because… the gardener didn’t control the weeds. So – I’m ticked of having to weed, I’m ticked of not doing it sooner, and the more weeds I face, the more ticked I am.

My first instinct is to pull weeds that are taller and look like they are going to seed anyway, and for the most part these are easy pickings. But they leave behind carpets of roots which, if left alone, continue to undermine the garden. Yet, to access these carpets, there is a strategy that all gardeners know: you have to start by pulling from the periphery and working your way to the center of this plant insurrection. Working down along the edges, separating the root mat inch by inch – uncovering lost bulbs and scary bugs in the process – until you finally reach a point where much of that root mass is weakened and gives up his grip on his filthy bases. Now you can see progress, and it feels then good when you can send those ugly heaps of weeds and roots to the compost bin of history.

Of course, some innocent plants are also hurt. Spring bulbs are dug up and sometimes the roots of good plants are intertwined with the roots of weeds. Some of the soil is still clinging to weed roots and will need to be replenished as gardeners alter their beds. Nothing worthwhile comes easy and the results are not always pretty. Still, in the long run, I think it’s better for the future of the Yard and its citizens.

Please share what you have dug up in your own gardens!