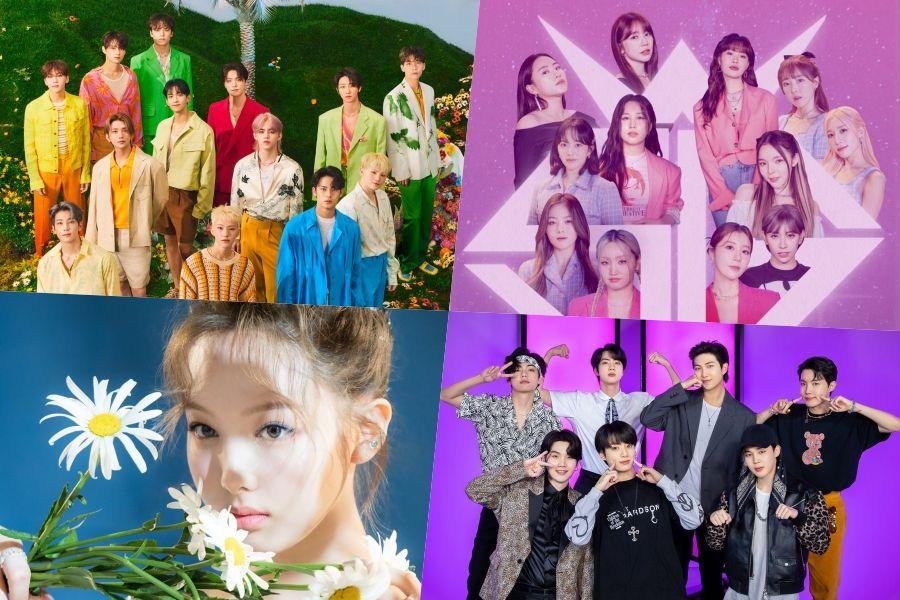 Circle Chart (formerly known as Gaon Chart) has released its chart rankings for the week of July 17-23!

SEVENTEEN achieved a double crown after topping two separate charts this week: The group’s new repackaged album “SECTOR 17” debuted at No. 1 on the physical albums chart, while their title track “_WORLD” debuted at No. debut at No. 1 in the digital downloads chart. .

Not only did “SECTOR 17” enter the album chart at No. 1, but the KiT version of the album also charted separately at No. 5.

“How do we play?” WSG project group Wannabe (Gaya-G) also claimed a double crown this week after topping both the overall digital and streaming charts with their hit ‘At That Moment’.

WSG Wannabe’s “I Missed You” (4FIRE) retained its spot at No. 2 on the overall digital chart, followed by IVE’s longtime hit “LOVE DIVE” at No. 3. 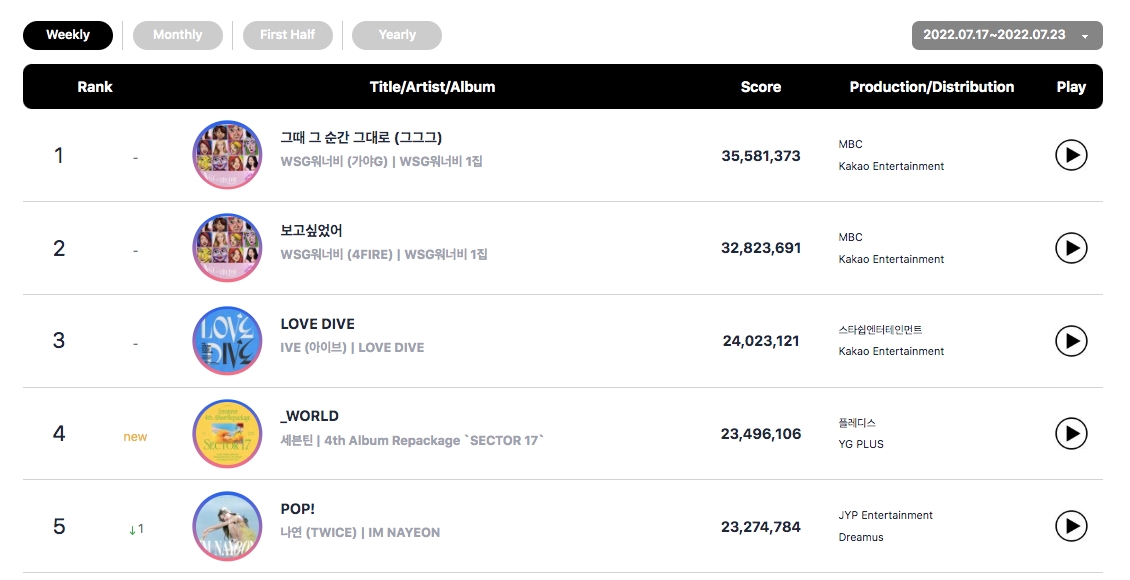 The top three songs on this week’s streaming chart were exactly the same as the overall digital chart: “At That Moment” by WSG Wannabe (Gaya-G) came in at No. 1, “I Missed” by WSG Wannabe (4FIRE) You” at #2, and IVE’s “LOVE DIVE” at #3.

“POP!” by Nayeon maintained its position at No. 4, while BIG Naughty’s “Beyond Love” (with 10cm) climbed to No. 5 for the week. 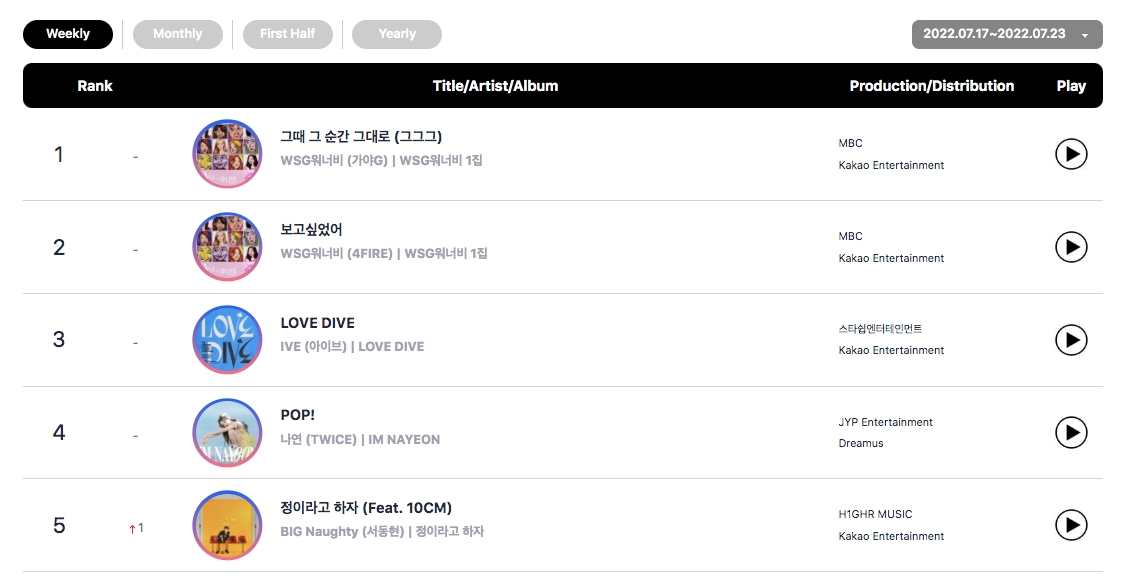 SEVENTEEN’s “_WORLD” debuted at No. 1 on this week’s digital download chart, while Lim Young Woong swept the next three spots on the chart: his hit song “If We Ever Meet Again” rose to the No. 2, “Rainbow” at No. 3, and “Our Blues” at No. 4 for the week.

Finally, WSG Wannabe (Gaya-G) rounded out the top five with “At That Moment.” 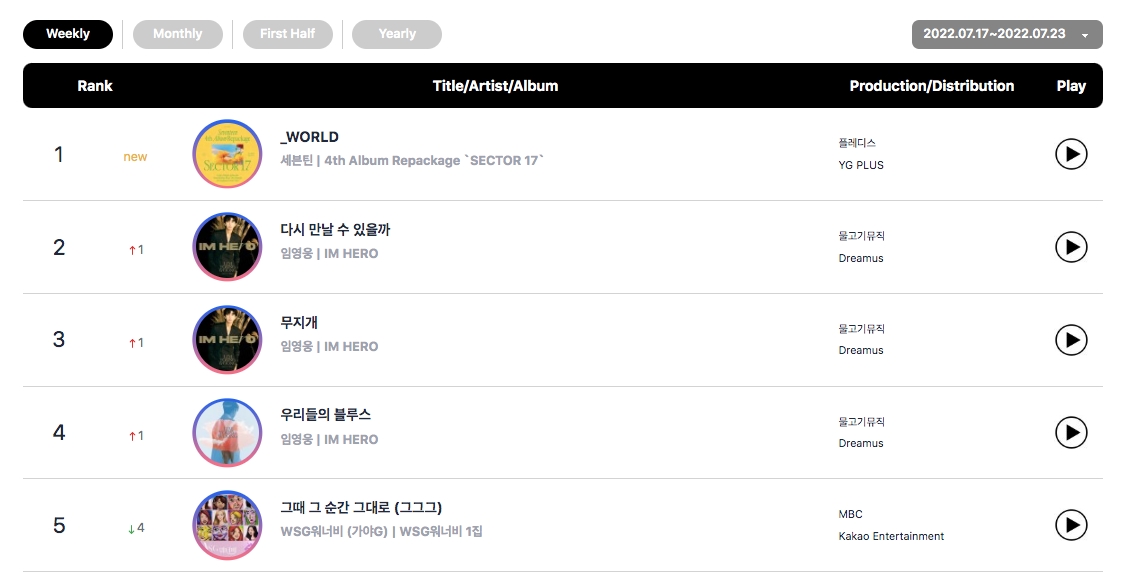 Nayeon ruled Circle’s all-new Global K-Pop Chart (which is based on global streaming) for the third consecutive week with “POP!”, which has topped the chart every week since its launch earlier this month. .

IVE’s “LOVE DIVE” retained its spot at No. 2, and aespa’s “Girls” also defended its position at No. 3. 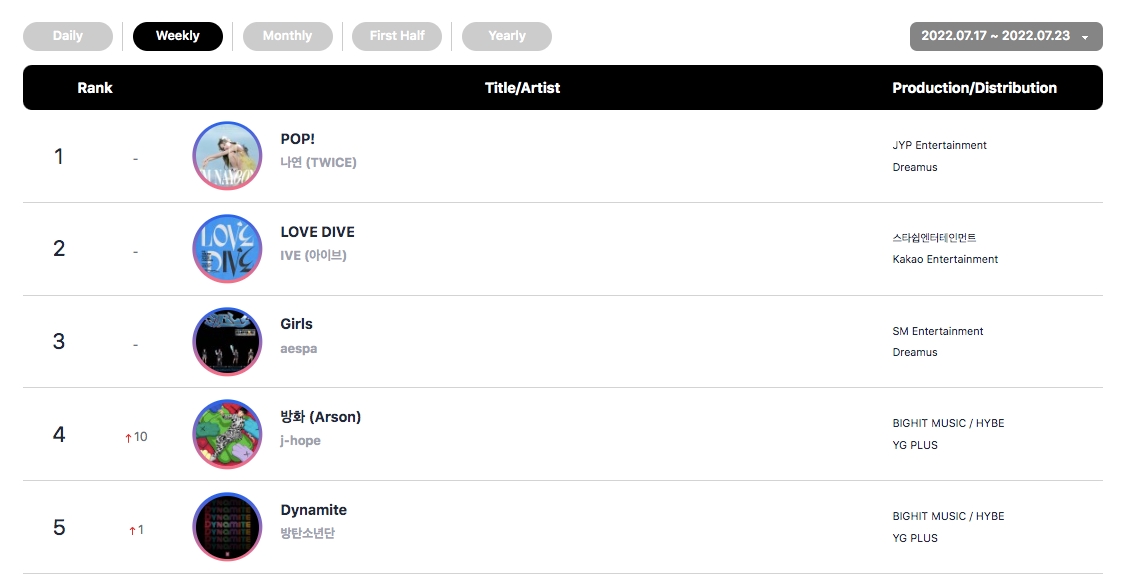 The top four artists on this week’s social chart remained exactly the same as last week: BTS remained at No. 1, with BLACKPINK at No. 2, Jessi at No. 3, and BLACKPINK’s Lisa at No. 4.

Finally, Lim Young Woong rose to No. 5 in this week’s rankings. 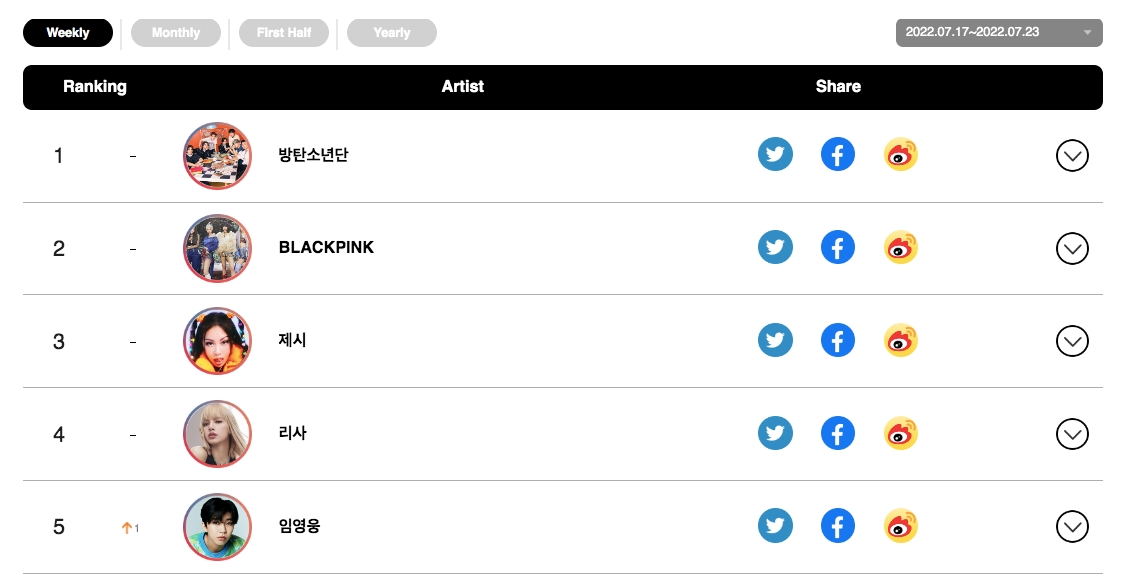 Congratulations to all the artists!

Watch WSG Wannabe on “How Do You Play?” with English subtitles below:

How does this article make you feel?

Jennifer Bartlett, artist who made steel plates her canvas, dies at 81

How to decolonize a museum? Try an axe.