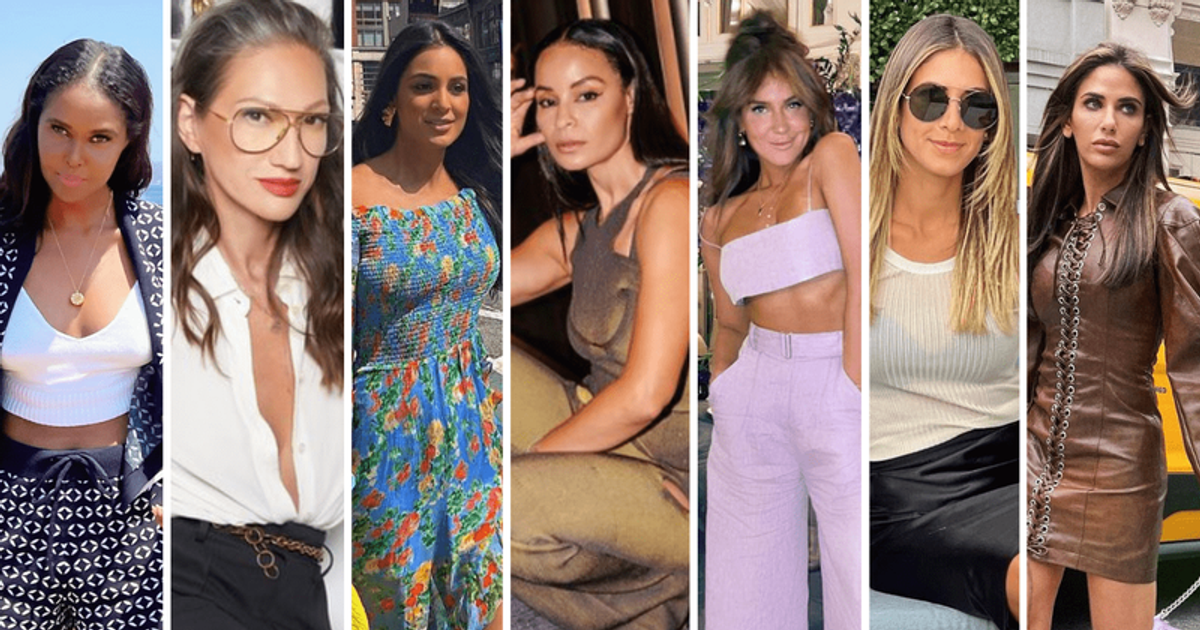 The reboot of “Real Housewives of New York City” has been officially announced! Bravo has revealed the names of the new cast members who will be joining the series. Andy Cohen at Sunday’s BravoCon introduced Seven Housewives to the franchise as well as fans.

These seven housewives evolve in the same social circle but have a different way of life, family plans and career ideologies. These housewives have made their mark in New York by thriving in various industries like fashion, real estate, social media and many more. Along with introducing the new members, Bravo announced that filming for the new season will begin this fall and premiere sometime in 2023. As of now, the channel has put season 13 of “RHONY on hiatus.” “. Additionally, Cohen announced that the former Housewives cast members will be part of a new spinoff show. Let’s take a closer look at a detailed description of the new members added in “Real Housewives of New York City” Season 14.

Who are the new cast members for ‘Real Housewives of New York City’ Season 14?

Bravo announced the addition of seven new cast members to the franchise.

Former president and creative director of J Crew Group, Jenna Lyons is now co-founder of a direct-to-consumer beauty line specializing in false eyelashes, called Loveseen. Lyons is widely recognized in the fashion world for her ‘geeky’ sense of style. The style icon was also loved by Michelle Obama and Anna Wintour. Lyons graduated in fine arts and joined and started working as a junior designer in 1990. She slowly rose through the ranks, collaborating with various brands and anchoring her style in the world with her eccentric fashion aesthetic.

Digital designer Sai De Silva describes herself as a “funny fashion girl with 2 sidekick kids”. The lifestyle blogger is famous for her YouTube and TikTok content channel “Scout The City”. The fashionista started blogging in a fun way to document her daughter London Scout’s street style. However, Silva now documents every family moment on his social media and YouTube channel. Silva has two children, London, six, and Rio Dash, one. Although it is difficult for Silva to manage her personal and professional life, the fashion blogger knows how to reconcile her motherhood and her work.

Ubah Hassan is a Somali-born model who moved to New York to pursue her career. And now that the greatest fame has reached her, she has also become involved in philanthropic work. Hassan hit the fashion world as the face of Ralph Lauren’s Summer 2009 campaign. Moreover, she has also modeled for famous names like Gucci, Oscar de la Renta, Rachel Roy, Malan Breton and Betsey Johnson. Being in a modeling career forced Hassan to control his taste buds. But the famous model has found a way to honor her passion for food. The black beauty has opened her own line of hot sauces named Ubah Hot.

Erin Dana Lichy is a New York entrepreneur. With defining career goals, Lichy became a real estate agent at the age of 19. She now owns her own home improvement and design business, named Homegirl. Coming from a family of real estate agents, Lichy didn’t have much trouble finding clients. She has always had a keen interest in construction work and construction sites. Well, that led her to do a Masters in Sustainable Real Estate Development at NYU. However, Lichy was also drawn to her sense of fashion. Therefore, she started a fashion business with her husband after graduating. Well, she juggled between two careers in her growth period. But now, Lichy has successfully brought her fashion sense into the real estate market.

Lizzy Savetsky is a digital influencer, social media activist, mother of three, and wife of a plastic surgeon. Savetsky shares his spiritual connection and his Jewish faith through a digital platform. She is often seen posting Yiggish words and explaining the meaning to her followers. Additionally, she also documents fashion, family, skincare, and travel. The mother-of-three describes herself as a “proud Jew and Zionist”. Along with being an influencer, she is also a matchmaker on WeTV’s “B Shert by Lizzy Savetsky” show. And now, Bravo is bringing her into the dramatic world of Real Housewives.

Jessel Taank is known for her creative brains in the PR industry. She is a fashion journalist and brand consultant based in New York. Taank was brought up in a strict Anglo-Indian family. However, she managed to dream big and gain admission to Kings College London. Taank earned a degree in journalism. Well, his aroused fashion sense after graduation led Taank to partner with famous fashion brands such as KKW Beauty, Nordstorm, Kylie Cosmetics, and Jessel. Taank is the founder of boutique agency The Know. She is married to the love of her life Pavit Randhawa and is the mother of twins, Kai and Rio.

Bryn Whitfield is a consultant specializing in corporate communications and marketing. Additionally, she is a certified 200-hour yoga teacher. Raised in a small town in the Midwest by her grandmother, Whitfield is well aware of the struggle one must face to reach the top. Besides being a brand marketing professional, Whitfield also has a keen interest in fashion, interior design and party planning. Well, it remains to be seen how Whitfield will perform in the upcoming reality show.

As of now, the release date of “Real Housewives of New York City” Season 14 has yet to be announced. However, it is supposed to be released in 2023.

SOMA at Circle Center and more planned for downtown