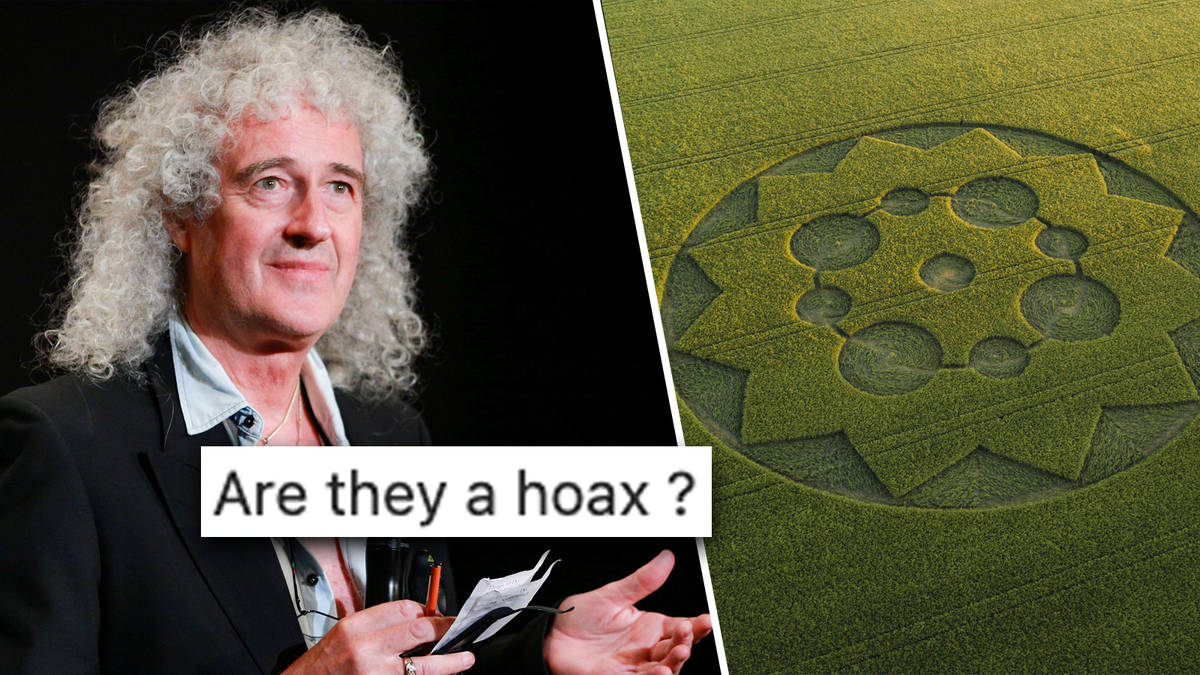 “Mathematical art? Are they a hoax? Are they made by extra-terrestrial beings…”

Besides being one of the greatest rock guitarists of all time, Queen star Brian May knows a thing or two about space.

He earned a degree in physics in the 1960s and was studying for a doctorate in astrophysics when Queen’s career took off in the mid-1970s.

Incredibly, he re-enrolled at Imperial College in 2006 and within a few years dusted off and updated his earlier work on his original dissertation to earn his doctorate.

So when Brian May talks about all things space and science, he’s worth listening to.

This all raised eyebrows when Dr May posted a series of crop circle photos on Instagram this morning (May 25).

“Notice anything unusual here in the English countryside?,” Brian asked.

“I had never seen a crop circle myself before. So probably still a bit skeptical of them. But yesterday, coming back from our production rehearsal space – flying over a location not far from Marlborough – there was this.”

“PLEASE SLIDE for stereo views and a rudimentary stereo movie. And…. TELL ME WHAT YOU THINK.”

He added: “Who makes these intriguing works of mathematical art? Are they a hoax?

“Are they made by extra-terrestrial beings? And…. how? And what is their purpose? Tell me your theories!!! Health – BRI”

Strange patterns in crops have long been recorded in history, the idea of ​​”crop circles” came to prominence in the 1970s and 1980s.

Hoaxes Doug Bower and Dave Chorley caught attention in 1991 claiming that they had started the recent trend in the late 1970s by making circles with wood and rope.

However, some people still argue that crop circles can be caused by abnormal weather or other natural phenomena like ball lightning.

Other more paranormal-inclined theorists continue to suggest the influence of UFOs or other extraterrestrial intervention.