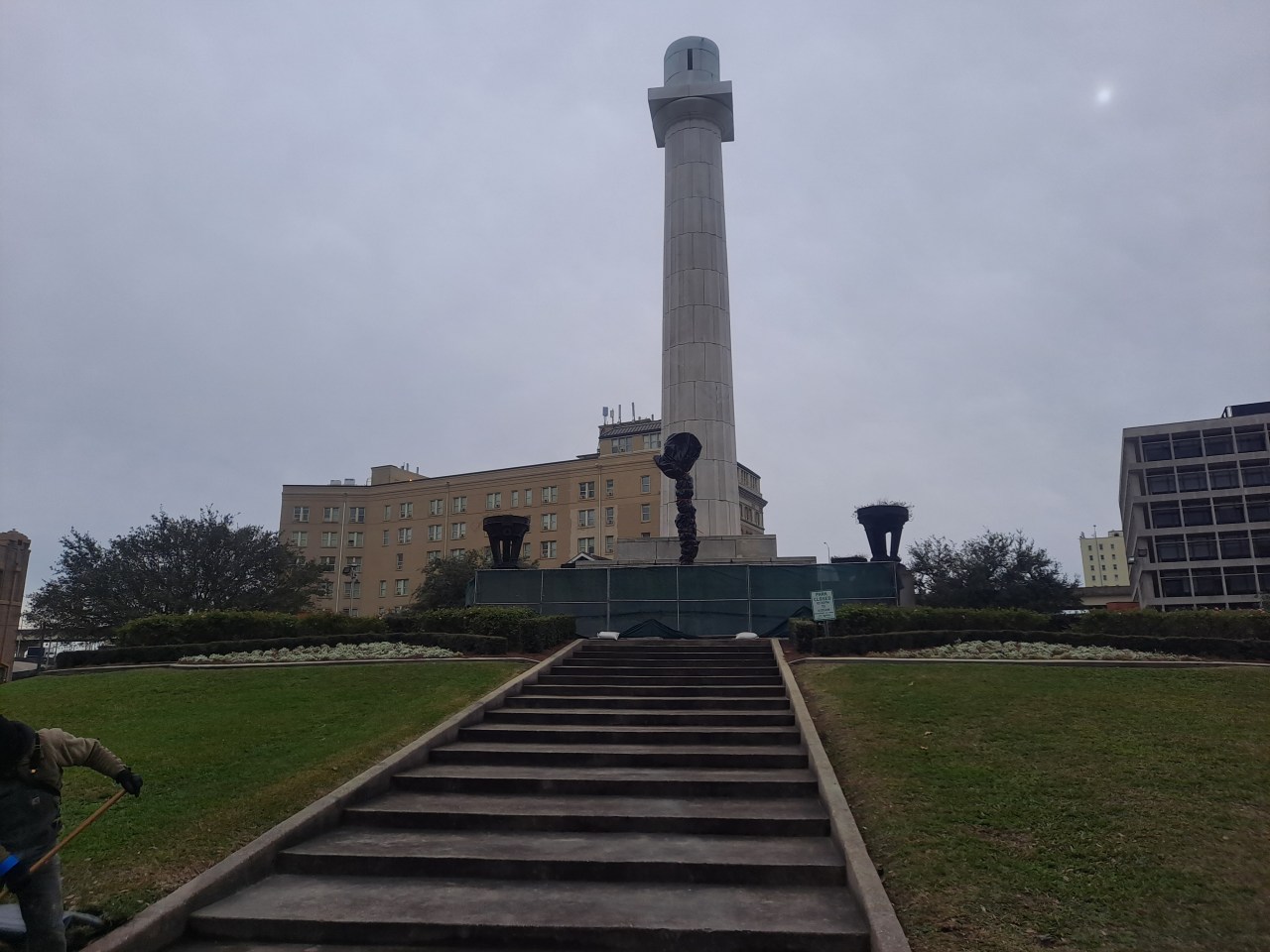 Prospect.5 takes place every 3 years and features 51 artists from around the world in 17 venues across the city, including museums and cultural institutions, parks, restaurants and more!

The artists’ works range from sculptures and paintings to video installations and interactive performances.

Events run until Sunday, January 23, 2022, which is the last day of the exhibition.

The sculpture presented is by the artist P.5 Simone Leigh and is called Sentinel (Mami Wata). The sculpture is located at the base of the pedestal of the former Robert E. Lee statue.

The title of this work means guard or guardian, and it honors the work of New Orleans activists, citizens, and city officials to remove symbols of white supremacy while suggesting the possibility of a new protective spirit in this central downtown location.

The sculpture is temporary and will be removed on July 22.

According to a Prospect.5 spokesperson, they do not replace monuments. One of the objectives is to explore the possibilities of new forms that the monuments could take.