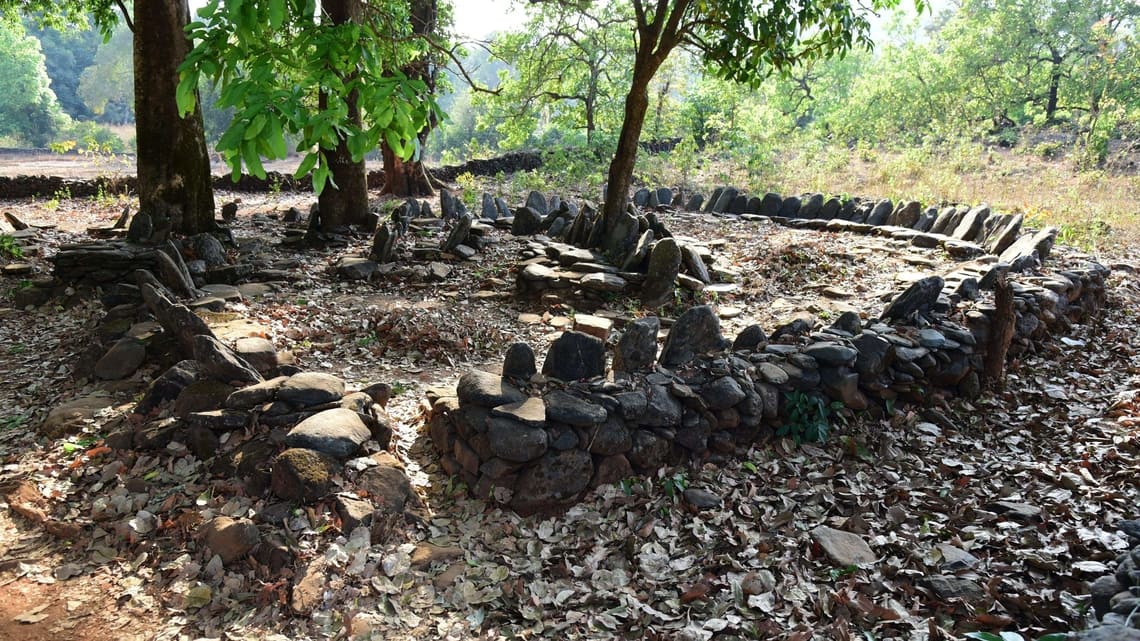 In the heart of the wooded village of Cotigao in Canacona taluka from South Goa there is a circular compilation of stones. It is a sacred place for the villagers, where they gather to discuss important village events and also to conduct rituals and ceremonies. However, these villagers are probably unaware that this site could be a cemetery dating back thousands of years. Such stones are also found in a few other villages in South Goa.

And now a new photo book, Goa Open Air Museums, by Pantaleao Fernandes reveals such hidden sites of the state, including stone circles, dolmens, menhirs (prehistoric burials), carvings of local deities, stone inscriptions, ancient temples and dovornim (small platforms on old village roads used for unloading goods and resting places for porters), tools and tools of yesteryear. All of these are out in the open, exposed to the elements, and yet not much is known about them.

Researcher Themistocles D’Silva, who has studied several prehistoric sites in Goa, mentions in the book: “These are commonly called stone circles. Evidence indicates that some were Neolithic burial sites or more likely solar and lunar observatories, places of ceremony, worship and healing, and social gathering.

Also Read: The Relationship of a Goa Tribe to the Land They Cultivate

Veteran lyricist-screenwriter-director Gulzar, who wrote the foreword, also mentions stone circles, saying: “Not like the pyramids of the kings of Egypt, but some innocent prehistoric burial places of common people exist always here.” This section also includes a poem, titled kandahar (ruins).

Prominent Konkani writer and Jnanpith award winner Damodar Mauzo had approached Gulzar to write this piece. He says: “When I saw the works of Pantaleao, I immediately thought of Gulzar saab, who I was sure would recognize the value of the art repository that is this book.

The book opens with the fascinating petroglyphs found at Pansaimal in Sanguem in South Goa, which may be thousands of years old. The book indicates that it could be dated to the end of the Upper Paleolithic and Mesolithic periods (8000 BC).

Located on the bed of the Kushawati River, these petroglyphs are carved on laterite stone and depict animals like zebul bulls, deer, bison, human figures and also a dancing female figure. “The rock art of Pansaimol is proof set in stone that our culture in Goa dates back thousands of years,” says Fernandes, who says this heritage needs to be protected, as visitors often step on these carvings.

Goa Open Air Museums also sheds light on other aspects of Goan culture, which are not well known. Take, for example, the local guardian deities found in different parts known as Betal/Vetal and also a decorative stone panel of the goddess Gajalaxmi. Some of these deities are found deep in forests, while others are located inside private properties, such as the cattle on a private plantation in the Loliem village of Canacona.

Also read: A God at the Door by Tishani Doshi, is the poetry of its time

Rohit Phalgaonkar, assistant professor of history at SSA Government College of Arts and Commerce, Pernem, and an expert on temples in Goa, mentions that these deities are believed to be out in the open. “Deities like cattle are meant to be homeless and out in the open because they are connected to nature,” he explains. He explains that often in the past temple authorities immersed idols in wells to protect them from attack and also as a ritual practice to immerse mutilated idols. Phalgaonkar was instrumental in retrieving these idols from a few temples in the state.

The book also contains chapters by experts such as Devdutt Pattanaik on “Village Gods of India”; researcher Pandurang Phaldesai on the “Sociological Profile of Goa”, as well as a poem, “Dovornnem” by the famous poet of Goa, Manohar Rai Sardessai.

This is Fernandes’ seventh photo book and as in all his past works he has also tried to show the other side of Goa, its people, its occupation and the whole heritage, which is dwindling with the time. However, he mentions that he never has a theme in mind when capturing such hidden wealth of Goa. It’s an organic process for him. “I sort the images by village, then I create subsets. These themes sometimes seem to challenge and demand to be born in book form,” he says.

Fernandes hopes the book will raise awareness of Goa’s heritage, which seems to be languishing. He also believes that there should be more research into the origin and history of these sites.

He emphasizes this with the example of heroic stones: “They are like graphic storyboards that ask to tell a story. A detailed study must be carried out on each of these stones as it will be of great help in understanding the local history.

Some of the structures have also been razed in the past due to lack of awareness. “The classic example that comes to mind is an old dovornem located in Raia in South Goa near the highway. I always intended to photograph the same thing but I never got around to it. One fine day, I discovered that it was demolished because of the construction of a four-lane road,” laments Fernandes.

He is of the opinion that these groups should be declared open-air museums, with the local panchayat being responsible for their upkeep. He concludes that it is necessary to know our backyards to find such treasures waiting to tell their stories to the world.

Arti Das is a freelance journalist based in Goa