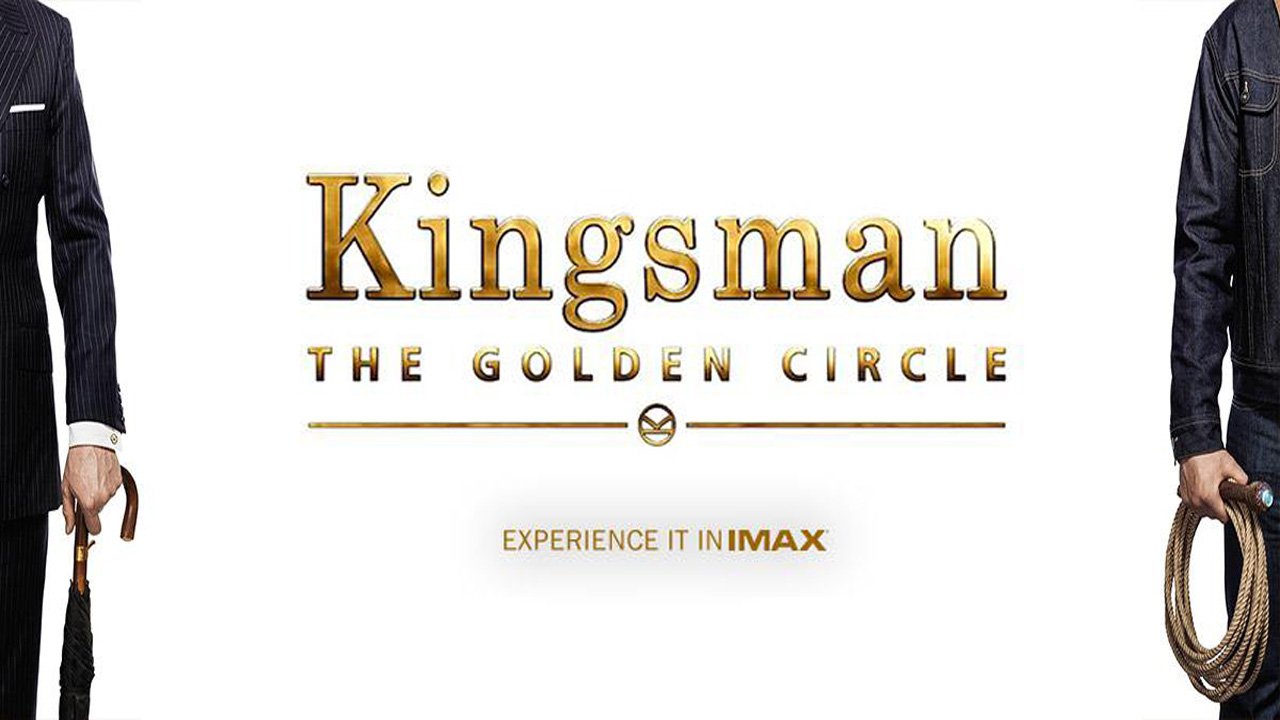 So what do you do when you take the best British spy film re-imaginations of the past 50 years and make a sequel? Well, keep the comedy, keep the action, take the UK part of it all out and replace it with a HUGE portion of AMERICA !! That’s how I felt when I left Kingsman: The Golden Circle… and it was a bit disappointing.

A year has passed since Eggsy Unwin and the secret organization Kingsman saved the world from the scattering of Richmond Valentine’s neurological waves. He has since taken the title of Galahad from his late mentor Harry Hart and lives with Crown Princess Tilde of Sweden. On the way home, he is ambushed by Charlie Hesketh, a former Kingsman intern who lost his arm and vocal cords during the Valentine incident. Eggsy escapes Charlie and his henchmen in a car chase through London, but Charlie’s severed cybernetic arm hacks into the Kingsman servers via the car’s computer system. As Eggsy sets off for Sweden, a volley of missiles destroy Kingsman’s headquarters and wipe out all agents in Britain, including Eggsy’s best friend, Roxy. Being the only surviving agents, Eggsy and Merlin follow Doomsday Protocol, which leads them to Statesman, a secret American organization posing as a Bourbon whiskey distillery in Kentucky, and a much deeper plot begins.

Taron Egerton as Gary “Eggsy” Unwin / Galahad
Having been officially promoted after the events of The Secret Service, Eggsy is still the polite new gentleman he was trained to be in the previous film. He’s in a relationship with the princess he met at the end of the Secret Service and is set to marry her, which led to some prime comedy moments in The Golden Circle. Egerton is still excellent in the role, showing a lot of class while making the action seem plausible at the same time.

Mark Strong as Merlin
Merlin is the same he always was, the mastermind behind the missions and the technology that runs Kingsman. He spends a lot more time here than he did in The Secret Service, as the man behind the mission. Strong’s performance is as good as before, but more interesting considering his final moments in The Golden Circle.

Julianne Moore as Poppy Adams
Poppy Adams is a woman who has been placed in the role of babysitter for the American Black Ops opium trade in Colombia. Going mad at her job, she creates a virus that attacks anyone who uses her product around the world, potentially killing millions of people. A side effect of his madness is his obsession with the 1950s, having recreated many key locations in his hidden complex, including a theater that houses a surprised kidnapped musical guest. Moore is a pleasure to watch as Poppy, locking up the typical and loving American housewife of the time with a crazed psychopath at the same time.

Halle Berry as Ginger Ale
Ginger is the Statesman version of Merlin, the mastermind behind the group’s mission and technology. She spends a lot of time in the same situation as Merlin, only she gets a little extra with her interactions with another Kingsman character who is returning from the Secret Service. Berry is a mess here because she deserves so much more in terms of being a bigger player in the overall story. Her character Ginger, however, appears to be placed in the background until either the third film or a Statesman spin-off.

Channing Tatum as Tequila
Tequila is said to be one of Statesman’s best agents, but due to his drug use, he was taken out of the Golden Circle early on and literally skipped the movie on ice until the end of the story. Tatum is another big name who deserves a lot more than he got, but at first glance he will be a bigger element in the third possible movie.

Jeff Bridges as “Champ” of champagne
Champagne is at the helm of Statesman, using their operation as a business to help fund the operation while keeping the world saved as a side project. He is an old thinker, an old talker, and an old mannered man. Bridges is perfect for the role and it’s a shame he spends most of the time sitting and at the desk doing nothing.

Pedro Pascal as Jack Daniels / Whiskey
Whiskey is the main statesman working in the field. He’s the only one working directly with Eggsy in The Golden Circle as they attempt to take down Poppy Adams and her plan. However, he changes his mind later in the movie and wants Poppy’s plan to come true as he hates drugs himself. Pascal does well in this role, being able to capture that American style in gun and lasso combat, which is why he gets most of the action scenes in The Golden Circle.

There’s a lot to love about Kingsman: The Golden Circle. The music is always a pleasure to listen to, the action scenes are as spectacular as ever, and the character choices are pretty well done even though they try to load the movie with as many American A-Listers as possible. Much like in The Secret Service, the villain is the highlight of the film. Julianne Moore is an incredible pleasure to watch Poppy Adams, showing off this sweet 50s American housewife who went crazy in a job she didn’t really want in the first place. Of course, his character uses a virus to send a message about drug use like when Samuel L Jackson’s character in The Secret Service used a telephone frequency to send a message about the environment, but that’s the transmission of the threat that makes the two stand out. each other.

The Statesmen as an organization are exactly what you would expect from an American version of The Kingsmen: a bunch of arrogant, tech-savvy rednecks who do things their own way and never even look at the book. The clash between the two sides with their conflict of styles and everything fits very well with the general theme of the film. The more characters you see, the more you wanted to see them in Kingsman: The Golden Circle, which leaves you wondering why some characters sat on the sidelines for so long.

The one thing that makes Kingman: The Golden Circle different is exactly what makes it hard to sit down: Americanism. For a film that was originally the re-imagining of the classic British spy film, removing all of the British character from the film and replacing it with ‘Murica! is really shocking. Kingsman: The Golden Circle even goes so far as to take one of the best scenes in Kingsman: The Secret Service, the bar fight, and remake it with one of the Kingsman unable to do anything, leaving it to one of the Statesman. to come and do the whole scene in exaggerated American style, with a lasso. For me, that was a slap in the face for everything that made Kingsman: The Secret Service such a great movie to watch. If anything, there is so much ‘Murica! in Kingsman: The Golden Circle I wonder why they used the Kingsman name in the first place (with the exception of the brand of course).

In the end, I got exactly what I wanted from Kingsman: The Golden Circle; which was more action, more comedy and Eggsy’s story continues. I had a huge problem with how much ‘Murica! was in the movie, to the point where you could tell it was an American version of what the director wanted to do from day one, which lessened the appeal of the Kingsman brand. However, given the post-credits scene in Kingsman: The Golden Circle, we might get back on track for the third film.

Kingsman: The Golden Circle is how you should make a sequel for the most part, you keep what works in the action scenes, the plot, and the villain interesting; but they made a mistake by taking attention away from the British nature of the show and replacing it with so much America that you see the film through a red-white-blue filter … and that hurts the show in its together.