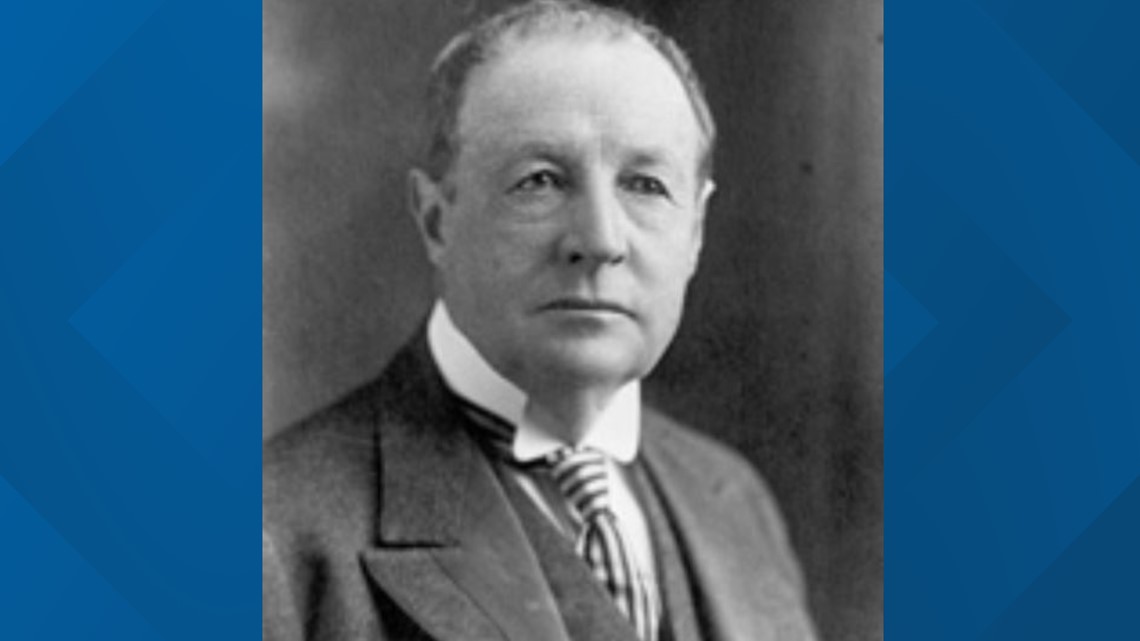 CHEVY CHASE, Md. — U.S. senators from Maryland have introduced legislation to remove the name of a former segregationist lawmaker from a major Washington-area traffic circle.

Democratic senses Chris Van Hollen and Ben Cardin said in a statement on Tuesday that they were seeking to remove Francis G. Newlands’ name from a fountain and plaque at Chevy Chase Circle, which sits on the border of the neighborhood. of Chevy Chase in Washington and of Chevy Chase. , Maryland.

“We should not commemorate him and the deeply harmful policies he championed — whose legacy still impacts marginalized communities to this day,” Van Hollen said.

The former U.S. senator from Nevada, who died in 1917, aimed to alienate working-class, black and Jewish families from the Chevy Chase community he helped develop, the statement said. Newlands also called for the repeal of the 15th Amendment, which granted African American men the right to vote, and advocated for anti-immigrant policies.

Chevy Chase Circle is managed by the National Park Service and therefore falls under federal jurisdiction. U.S. Representative Jamie Raskin of Maryland and Del. Eleanor Holmes Norton, a nonvoting member of the District of Columbia in Congress, have previously introduced similar legislation in the House.

The Land Development Corporation founded by Newlands and the Chevy Chase Village Board of Directors have both expressed support for the name removal.