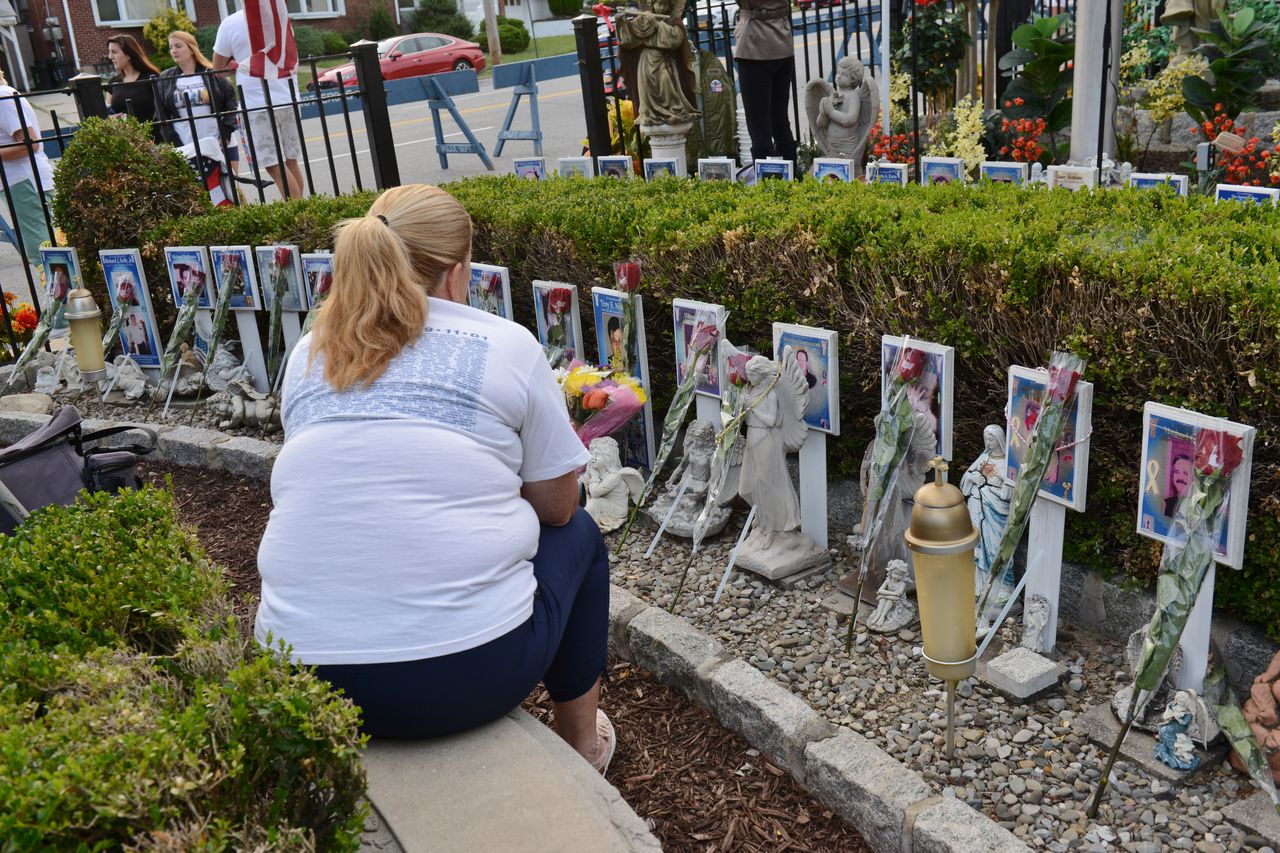 STATEN ISLAND, NY – “We come together because love remembers.”

“We are keeping our promise to never forget,” Pellegrino said.

Hundreds of people gathered at the Grasmere Memorial Site near Fingerboard Road and Hylan Boulevard around 7 p.m. to commemorate the 21st anniversary of 9/11 and pay respect to every life lost.

Pellegrino said the Circle of Angels has become a space where loved ones come to remember those who have lost their lives. She told the crowd that the idea came to her when she understood the fear and indescribable feeling she had when she thought her husband and other members of her family had died that day.

“Of course I thought they were gone,” Pellegrino said. “We all watched in horror and had the same sinking feeling as we saw people running out and hundreds of firefighters and police running in to save whoever they could.”

Although her husband and other relatives had returned home on that dreadful day, Pellegrino still felt an awful feeling in her stomach, so she decided to light a candle on what was once a small empty lot at 4 a.m. the next morning. Others took note and responded.

Photos of people killed in the September 11 attacks were placed inside the green space, forming the Circle of Angels. Today it features the faces of more than 200 deceased Staten Islanders.

For Saturday’s memorial, the location was decorated with American flags, glow sticks, posters and flowers.

After singing performances by local artists, the names of each person – police officers, firefighters, financial workers, etc. – have been read.

Additionally, three individuals were honored for their recognition and service to the Circle of Angels: singers Ken Ryan and Marina Crupi, who have been fixtures on the site every 9/11 for five and 10 years, respectively.

Michael Black, owner of Jet Fresh Flower Distributers, a Florida-based company, was also honored for his 20 years of donating to Angels’ Circle for the annual 9/11 anniversary ceremony. His nephews, firefighters Matthew Bacchi and James Bacchi, accepted the award in his absence.

Over the past two decades, Black has sent 250 roses to the Ariemma Garden Center in Dongan Hills, where staff members prepare the flowers for the ceremony and deliver them, Pellegrino said, Pellegrino previously told Advance.

sergeant. Ozzie Rosado of the 120th Precinct spoke to the crowd about being a young cop this September morning.

“I was off that day; my wife called me and told me to turn on the news,” Rosado said, holding back tears. “Even though she wasn’t working at Ground Zero, I was scared — she was stuck in Manhattan all night sleeping in the car because she couldn’t get back to Staten Island.”

“What I remember most about that day are the sounds – they’ll never go away. There was a lot of sirens going on and non-stop all day,” Rosado said. “When I went to Ground Zero after that the towers had already fallen, the distress signals, it was getting better and I still remember it to this day – the papers all over the floor, the chaos, and I was there to help. If we have another tragedy, remember my words – I will be there.

Rosado noted that he and many other first responders spent weeks at Ground Zero. Many of those who helped in the aftermath of the attacks lost their lives to 9/11-related illnesses.

Angels’ Circle continues to add photos and names of people affected by the 9/11 attacks. Pellegrino, at the event, said Islanders who lost their lives to 9/11-related illness can also be memorialized on site.

“They wouldn’t take away from why we’re here today, but remembering those who were out there looking for our loved ones,” Pellegrino said.