Numerous rumors have teased the appearance of several Doctor Strange variants in the upcoming Marvel Studios blockbuster. And now, new promotional material for the film has offered the clearest look yet at such an individual.

New art for an upcoming Marvel Legends action figure has revealed a look at a character dubbed Defender Strange. This new Strange has been teased and even spotted in leaked footage before, but this is the first clear glimpse of his costume. 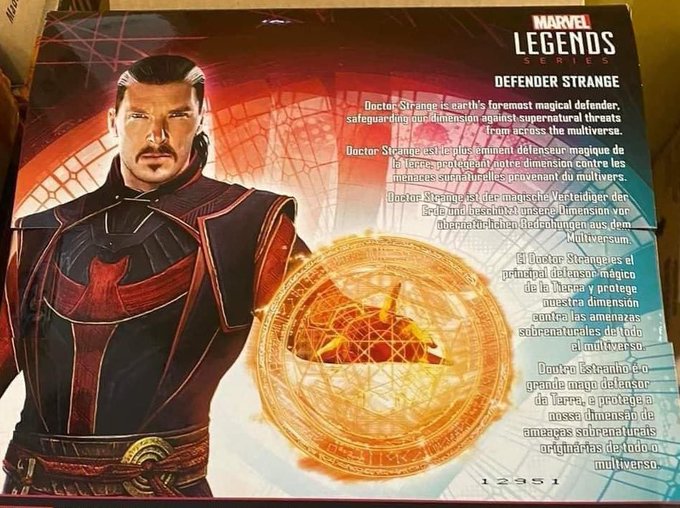 This variant appears to have dropped the Eye of Agamotto from Strange and the Cloak of Levitation. It’s unclear what role the character will play in Doctor Strange in the Multiverse of Madness but based on its prevalence in marketing, it looks like it could be substantial.

Benedict Wong, Chiwetel Ejiofor, Rachel McAdams are expected to reprise their roles from the original film as Strange Mordo’s nemesis Wong and Christine Palmer, alongside Benedict Cumberbatch, respectively. Xochitl Gomez is also set to make his MCU debut as America Chavez. Sam Raimi has returned to directing the film after Scott Derrickson left the project earlier this year.

What are you looking forward to seeing in Doctor Strange in the Multiverse of Madness? What do you think of the Defender Strange costume? Let us know in the comments below!

Doctor Strange in the Multiverse of Madness hits theaters on May 6, 2022.

Is it a burning bush? Is this Mount Sinai? Solstice strengthens a claim