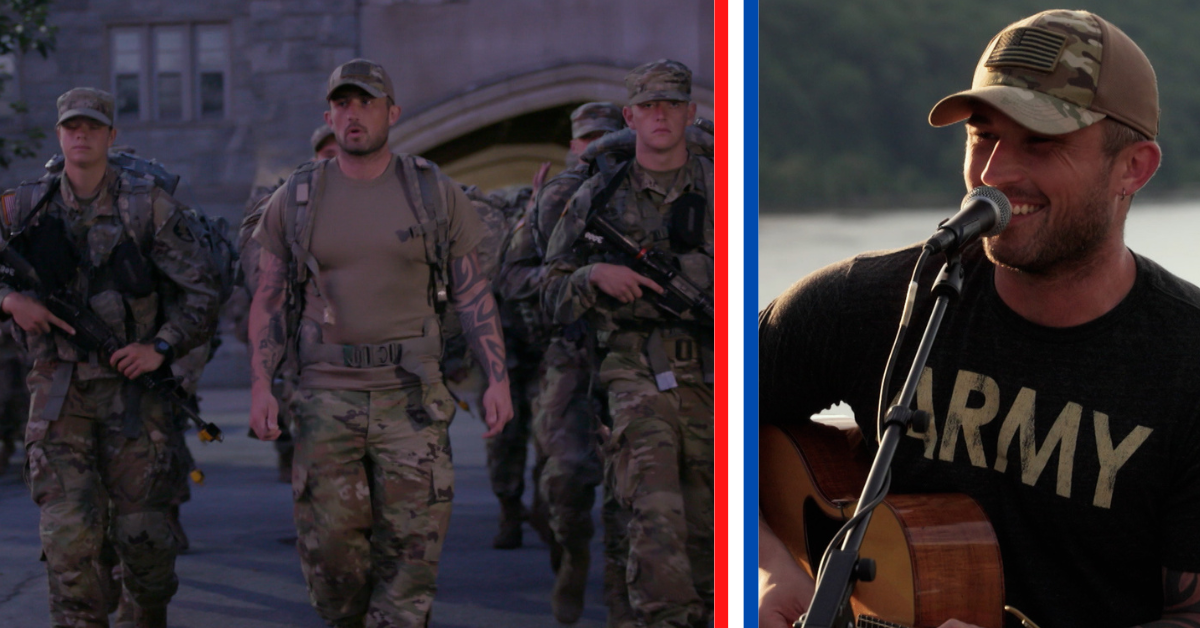 Circle Network has launched its new docuseries, Inside the baseon October 1, 2022 with the first episode featuring country singer Michael Ray at West Point.

“Where I grew up is very God, my family and my country. From a young age, we were raised to respect and understand the rights we have, the reason we have them, and the freedoms we have,” Ray explained. “The reason we have them is because men and women lace up and camouflage to put it all on the line.”

Known for his hit songs like Kiss you in the morning, His world or mine, think a little less and Holy water, Ray has spent his career advocating for the military community. From volunteering with organizations he cares about to officially recognizing veteran service at his shows, patriotism is an integral part of who he is. And it started with its roots.

Growing up, the singer was surrounded by a family of first responders and a deep respect for the military community. Having the opportunity to not only visit West Point, but also train with the cadets was a dream come true for him. “When this happened I remember calling my manager immediately and telling him what we had to do because this [Inside the Base] going to be one of the coolest things I’ve ever done,” Ray explained. “It meant a lot that they even thought of me to ask me. It’s something that I took very seriously, because like I said, I never thought in a million years that I would be able to do this.

From the moment he entered through the door and through security, it was on.

The singer woke up before sunrise to join would-be army officers in morning conditioning. “Man, I feel like I’m keeping myself in pretty good shape. I train, I eat well, but just like when people watch the Olympics and say they want to swim next to Michael Phelps to really see how fast Michael Phelps is – it was that kind of thing,” Ray explained. “I think viewers should be thrilled to see that it’s really behind the base. We go into the mechanics of each of these bases and we get a little behind-the-scenes piece of just a fraction of their day-to-day life. I think fans will find it very interesting.

The Circle Network is full of programs dedicated to country music fans. Trailer opening for Inside the Base, Ray asks viewers if they have what it takes to be a military officer. Although it was prepared for the early wake-up call, the cadence and the raising of the flag, there were some surprises.

“I didn’t know they had started their morning firing guns. It was just a really cool thing to see and it almost felt like I had a VIP ticket backstage,” he said. “Being able to talk to these men and women and not just the young people but also the more senior people who have been there, they have guided me when they were in the same position and seeing the level of respect that everyone has for each other. the others was amazing.”

As for the real unexpected discoveries in the whole experience, there was a standout moment when participating in the last week of basic cadet training. “You’ll see the fact that I found out I had vertigo,” he laughed.

Circle Network is committed to supporting U.S. Army recruiting efforts while giving music fans the opportunity to dig deeper into artists’ stories. To unveil the docuseries, the network partnered with the Department of Defense to hold an early screening at the National Museum of the US Army in Fort Belvoir, Virginia.

Ray gave an intimate performance of his music to those in attendance.

“As I have moved forward in my career and God has blessed me with a bigger platform, it means a lot to me to shine a light on these men and women,” he shared. “They [military] gave me this chance because I was born in a place like the United States.

To watch Michael Ray and other country music stars Inside the Base, click here.