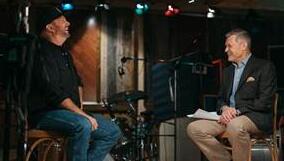 “BILL CODY PRESENTS” is an eight-episode series of one-hour interviews with guests such as MARTY STUART, PAM TILLIS and GARTH BROOKS. The first episode, with BROOKS as guest, airs FEBRUARY 9 at 7 p.m. CT.

“We’re thrilled to partner with country radio legend BILL CODY to bring some of his favorite classic country artists into people’s homes on CIRCLE TV,” said CIRCLE NETWORK SVP/Content EVAN HAIMAN. “Our very own ‘COUNTRY SESSIONS’ are also an exciting opportunity to showcase incredible performances and allow fans to get to know their favorite artists better.”

“I grew up with people who were larger than life characters and extraordinary storytellers,” CODY said. “In this series, I have the chance to take my time to speak openly and honestly to my longtime friends in their most familiar surroundings. These are NASHVILLE’s greatest and most accomplished musical storytellers who share their journeys very personal to stardom CODY’s morning radio show is simulcast on CIRCLE.

« see more news from the net