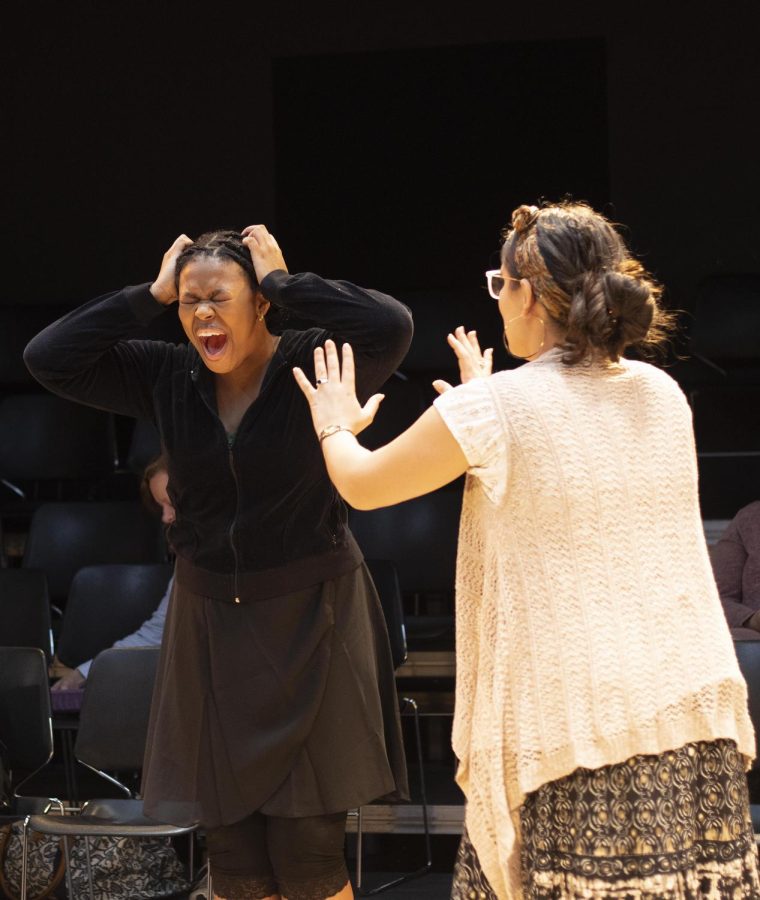 The Easter Theater Department had its opening night on Thursday with its production of Circle Mirror Transformation at the Doudna Fine Arts Center.

The play tells the story of an acting class full of strangers and shows the conflicts and emotional realizations that come with the bonds they make.

Aidan Collins, theater arts specialist and performer for Circle Mirror Transformation, said the bond between the actors led to a successful opening night.

“What really helped us was listening to each other,” Collins said. “And just that listening leads us to have our reactions naturally rather than being forced.”

Collins also said he was surprised at the audience’s response.

“I didn’t expect people to laugh because we’ve been in this rehearsal process for literally six weeks doing the same thing,” Collins said. “Opening night is very interesting because we get the responses from these people, and we see how they reacted because we’ve been doing it for so long.”

According to Collins, he focused on certain aspects of his character rather than audience reactions.

“I made every decision in what I wanted to,” Collins said. “I followed my goal, and I did it naturally.”

Collins stayed true to character when his performance led to a broken water bottle mid-performance, but continued without a phase.

“The actors have done really well with everything they’ve been able to rehearse over the past few weeks,” Revish said. “Every transition was smooth and calm, and I really think it was a great experience.”

Revish said some anxieties he had during production were clues, but he trusted the actors to pull it off.

Revish said Circle Mirror Transformation is a piece that can resonate with many different audiences.

“I feel like it’s definitely something that can span across different cultures, ages, and genders of all kinds,” Revish said. “So I really feel like this show spans all kinds of areas of life.”

Anne Thibault, associate professor of theater and production director of Eastern’s Circle Mirror Transformation, said she couldn’t be prouder of the cast and crew.

Thibault also said she was pleased with the audience’s response.

“The audience seemed really invested in who these characters are and how they transform during their short time together in this acting class, so that was awesome,” Thibault said.

The most important part of the play is the relationships built there by author Annie Baker, according to Thibault.

“I think that’s what Annie Baker does so well,” Thibault said. “The playwright is really interested in the real, truthful interactions between human beings and the kind of loneliness that lives in us all.”

5 perfect directors for the movie