When it was first revealed that MODOK would make its MCU debut in Ant-Man and the Wasp: Quantumania, fans were excited to see what the character would look like in the film. Well, now the first look at the character has surfaced online thanks to new art from the film.

MODOK is configured to be played by Corey Stoll, who last appeared in the MCU as Darren Cross in 2015 The ant Man. Stoll will be reprising his role as Cross, but it looks like he’s gone through a few changes since being trapped in the Quantum Realm. 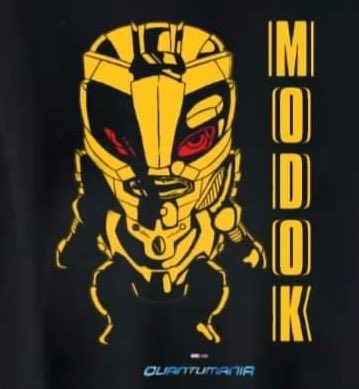 The character kept his overall look, but it looks like the movie took some liberties with his design. Rather than the classic open face in a chair design, this version of MODOK will sport a helmet. It’s unclear what role he’ll play in the film, but it’ll be interesting to see how he interacts with Paul Rudd’s Scott Lang and also with Jonathan Majors’ Kang.

Are you excited for MODOK to appear in Ant-Man and the Wasp: Quantumania? What do you hope to see in the film? Let us know in the comments below!

Ant-Man and the Wasp: Quantumania will be released on February 13, 2023.