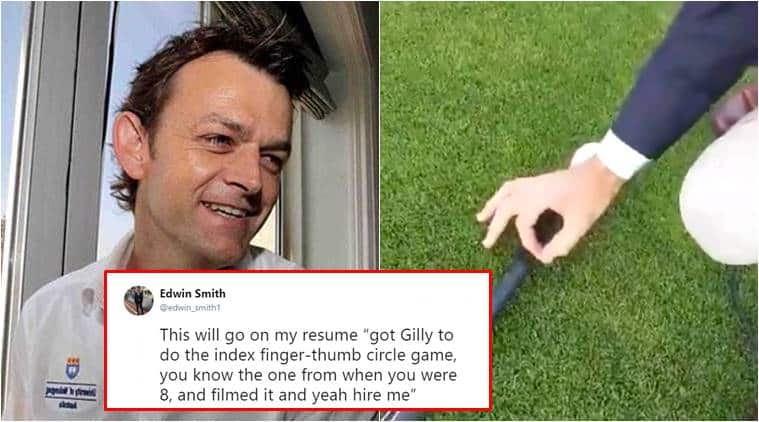 The exploits of former Australian cricketer Adam Gilchrist on the pitch are well known. But few people know his witty avatar on social media. Recently he performed a classic “Circle Game” field prank on social media and people were pleasantly surprised to see his playful demeanor.

For those who do not know the ‘Circle Game‘, here is a small guide: The objective is to form a circle with the thumb and the index finger. Then you try to divert your opponent’s attention to the circle. Now, if your opponent manages to break your circle with his index finger, then he can hit you.

While commenting for the Big Bash League, which is an Australian Twenty20 cricket league, during the match played between Hobart Hurricanes and Adelaide Strikers, Gilchrist played the prank and the video went viral.

.@ gilly381 want to show you something # BBL07 pic.twitter.com/az2MsiwYnS

The real motive was to show internet users the sign of the circle. This old farce has become all the rage, with videos and memes going viral on the internet. Twitterati and cricket fans got on this prank very easily and began to praise legendary cricket for its witty act.

Did we all get a joke from Gilly? https://t.co/VaI6PqCteS

Rather happy with him old Gilly pic.twitter.com/eMrge2Xp2J

Did you get trapped in this act?