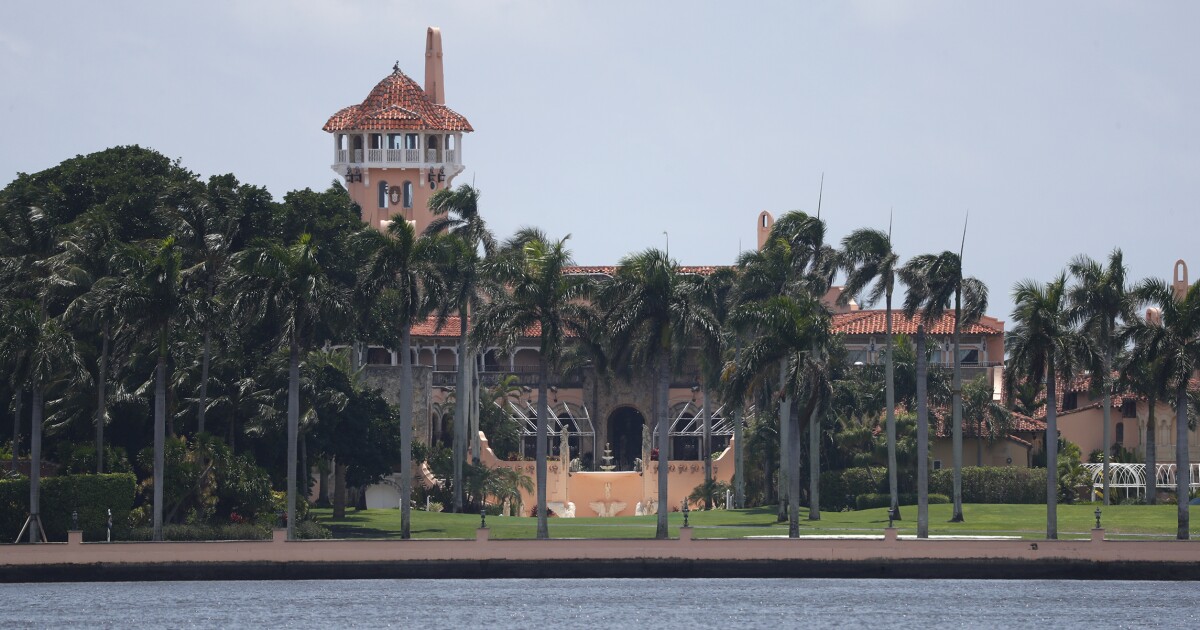 A A Russian-speaking Ukrainian immigrant and organized crime fraudster posed as a Rothschild to gain close access to Donald Trump’s inner circle, even posing for a photo at Mar-a-Lago with the former president, an investigation has found .

Inna Yashchyshyn spent many years as a con artist under her first name before convincingly posing as a Rothschild to repeatedly gain access to Trump’s Mar-a-Lago residence, an investigation by the Pittsburgh Post Gazette and Organized Crime and Corruption Reporting Project found. Both outlets had access to numerous documents obtained by the FBI as part of an investigation into Yashchyshyn’s extensive criminal activity. The discovery raises further scrutiny of the safety of Mar-a-Lago, already in the national spotlight following the dramatic FBI raid earlier this month.

Yashchyshyn used “her false identity of Anna de Rothschild to gain access and build relationships with American politicians[s]including, but not limited to, Donald Trump, Lindsey Graham and Eric Greitens,” her business partner and possible lover, Valeriy Tarasenko, said in an affidavit.

It’s unclear when she started going by the name Anne de Rothschild, but in May 2021, she had gained access to Trump himself, posing in several photos with him. She was pictured with Sen. Lindsey Graham (R-SC) alongside the former president in another photo from Mar-a-Lago.

Spokespersons for Trump, Graham and Eric Greitens, the former governor of Missouri, did not respond to requests for comment from the Washington Examiner.

Those who interacted with her at Mar-a-Lago were stunned after learning she was a fraud, noting how compelling she was in the role.

“It wasn’t just about dropping the family name. She talked about vineyards and family estates and her childhood in Monaco,” said John LeFevre, a former investment banker and author who met Yashchyshyn at Mar-a-Lago.

Yashchyshyn denies the allegation, saying everything that incriminates her was fabricated by Tarasenko in an effort to set her up, including several different passports displaying her false identity.

“I think there’s a misunderstanding,” she said in an interview with the outlet. “It’s all wrong and nothing happened.”

“I’m the victim right now. That’s all I can tell you,” she added.

The revelation raised concerns about the safety of Mar-a-Lago, especially since so little is known about Yashchyshyn.

“The question is whether this was fraud or an intelligence threat,” said Charles Marino, a former Secret Service supervisor. “The fact that we ask this question is a problem.”

The presidential residence has suffered security breaches in the past. Two Chinese women were arrested after entering Mar-a-Lago while Trump was president, one of them with two passports and a USB drive containing malware, according to the report.

CLICK HERE TO LEARN MORE ABOUT THE WASHINGTON EXAMINER

Although no foreign intelligence ties are known to Yashchyshyn, court records hint at links to organized crime. She is the president of a fraudulent charity called United Hearts of Mercy, which was dropped by several payment processors after fraudulent activity was detected. Court records turned over to the FBI and obtained by the outlet show a sworn statement from a chartered accountant at the charity claiming that the organization is in fact a front to produce illicit funds for organized crime.

The live series “King Kong” is in preparation at Disney +